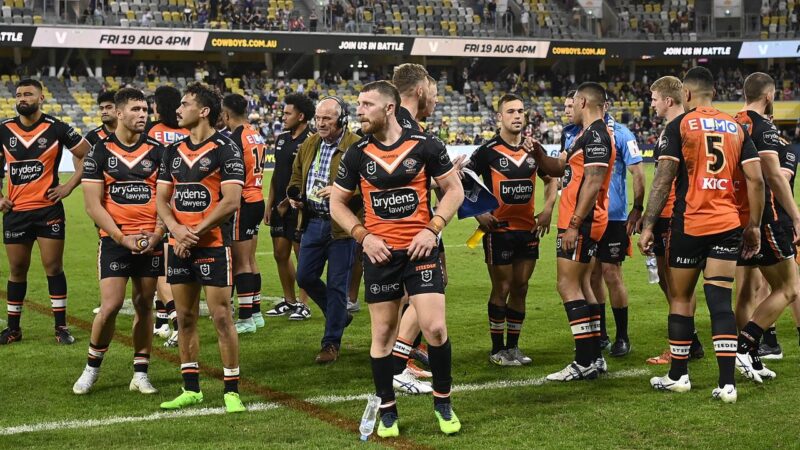 Club powerbrokers from the Wests Tigers have told the NRL they will explore all options after they were robbed of a victory over the Cowboys due to a controversial last-minute penalty.

The Tigers were denied a 26-25 win after referee Chris Butler appeared to award a captain’s challenge without a stop in play, before bunker official Ashley Klein inexplicably ruled an escort penalty against the Tigers, allowing
Valentine Holmes to slot the match winner after the siren for a 27-26 Cowboys victory
.

The Sydney Morning Herald
reported fuming Tigers officials will be looking at their legal options after the decision robbed them of a certain two competition points.