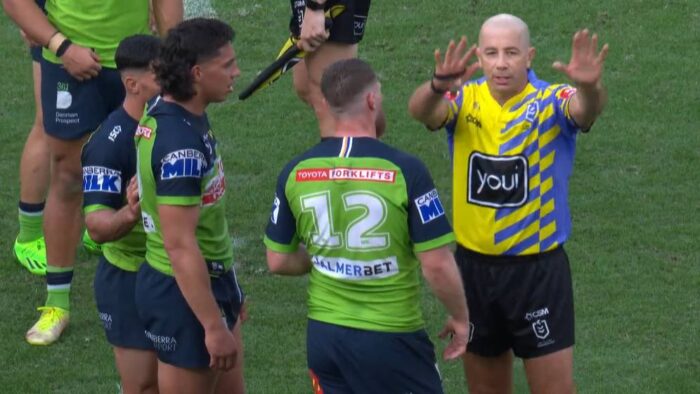 Having become one of the leaders in the Canberra squad, and considered the best forward in the game by his coach, the New Zealand international said throwing punches in response to the incident – which resulted in him being sin-binned – wasn’t a great moment.

But as Tapine later explained, Booth’s actions were simply unacceptable.

Close
Menu
%d bloggers like this:
We acknowledge and pay our respects to the Traditional Owners of country throughout Australia