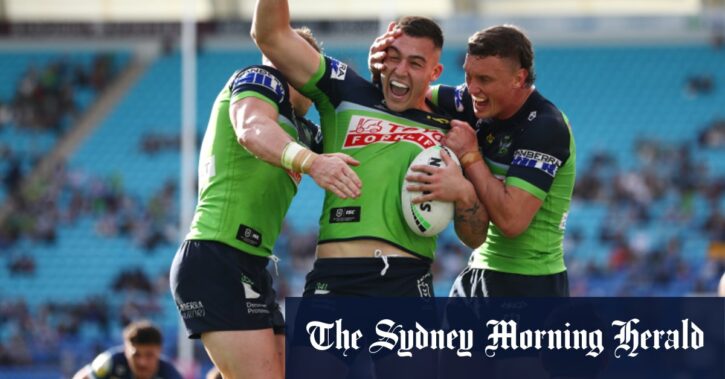 The Raiders moved into ninth position on the ladder with the seven-tries-to-four victory on Saturday, their fourth win from their past five starts.

Nick Cotric and Sebastian Kris scored doubles for the visitors as the Raiders racked up their highest score of the season, while Jayden Campbell’s own try-scoring double was mere consolation for the Titans.