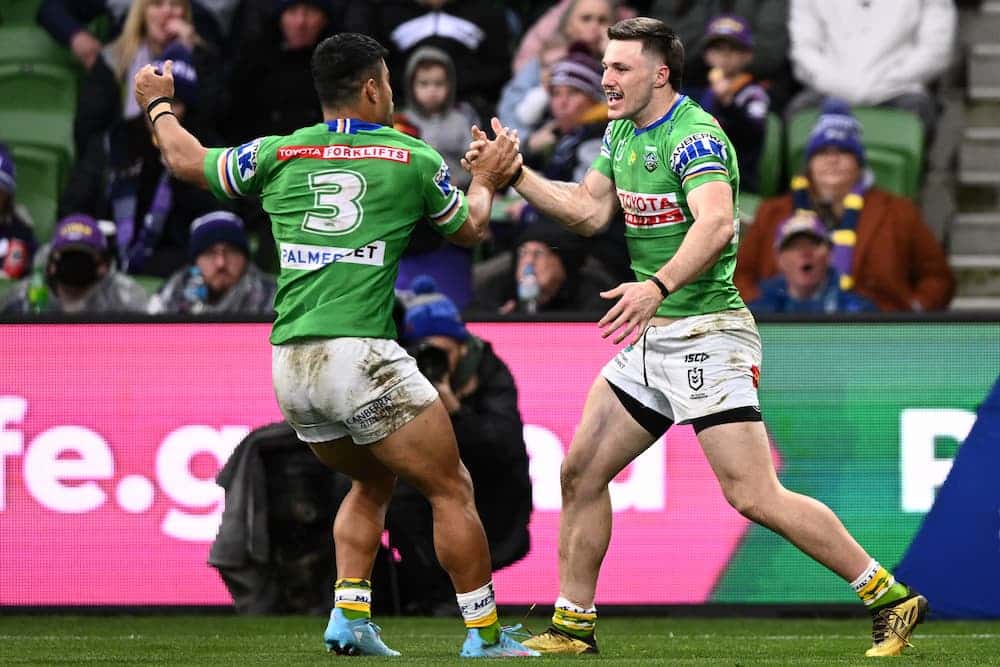 Two tries from winger James Schiller has helped the Canberra Raiders claim a gutsy 20-16 win over the Melbourne Storm at AAMI Park.

Schiller, a nephew of Canberra legend Brett Mullins, helped keep the Raiders finals hopes alive, while the Storm have now lost three matches in a row for the first time in seven years.

Melbourne’s Nick Meaney dived over for the first try after Kenny Bromwich got a pass to him, despite being pressured by two defenders.