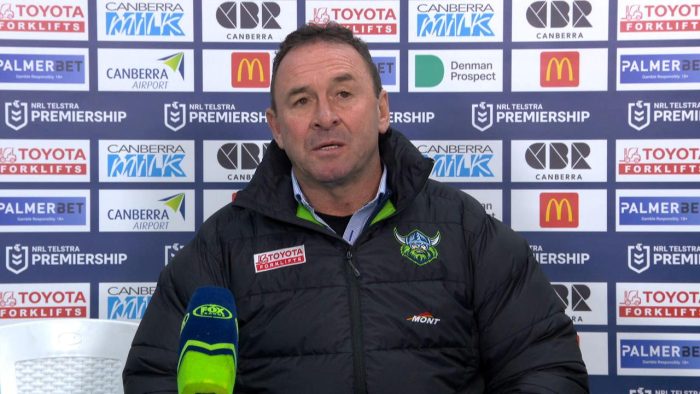 Raiders coach Ricky Stuart was frustrated with the referee interpretations and the bunker official despite Canberra’s 20-18 win over the Knights.

Stuart believes Ashley Klein’s interpretations led to a slow and ugly game that hurt both sides’ attack and he wasn’t helped by video referee Gerard Sutton.

“It was an ugly game,” Stuart said.