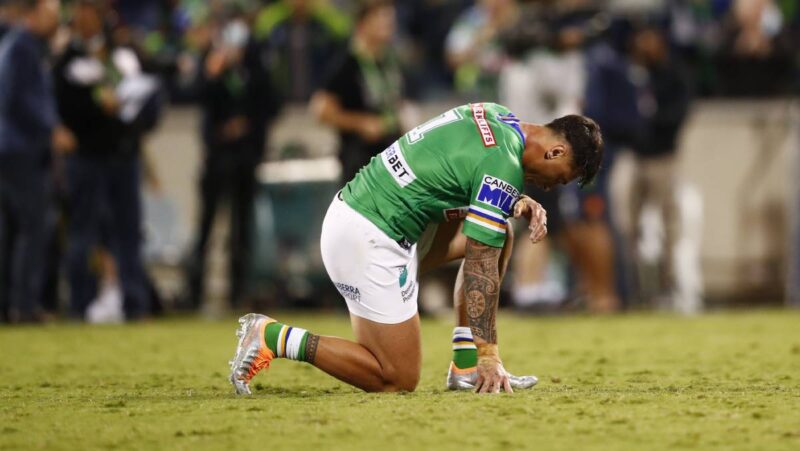 Canberra Raiders fullback Charnze Nicoll-Klokstad has been struck down with another hamstring, with coach Ricky Stuart hoping he’d be back next week.

But Stuart expected Raiders co-captain Elliott Whitehead (knee) and Nick Cotric (leg) to be fit to face the Melbourne Storm in Melbourne on Sunday.

Whitehead has reportedly already been ruled out, while Cotric was in serious doubt, but Stuart was confident they would be fit.