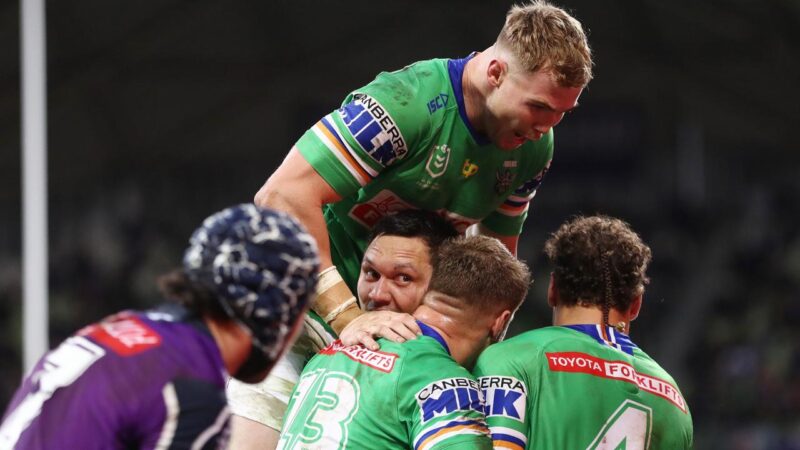 Canberra’s charge towards the finals has hit a major roadblock, with veteran winger Jordan Rapana facing a lengthy ban for two separate incidents during Sunday’s gutsy win in Melbourne.

Rapana is facing two weeks on the sidelines if he accepts a ban for a grade two high shot on the Storm’s Marion Seve that forced the young centre off for an HIA and resulted in the Raiders winger spending 10 minutes in the sin bin.

Close
Menu
%d bloggers like this:
We acknowledge and pay our respects to the Traditional Owners of country throughout Australia