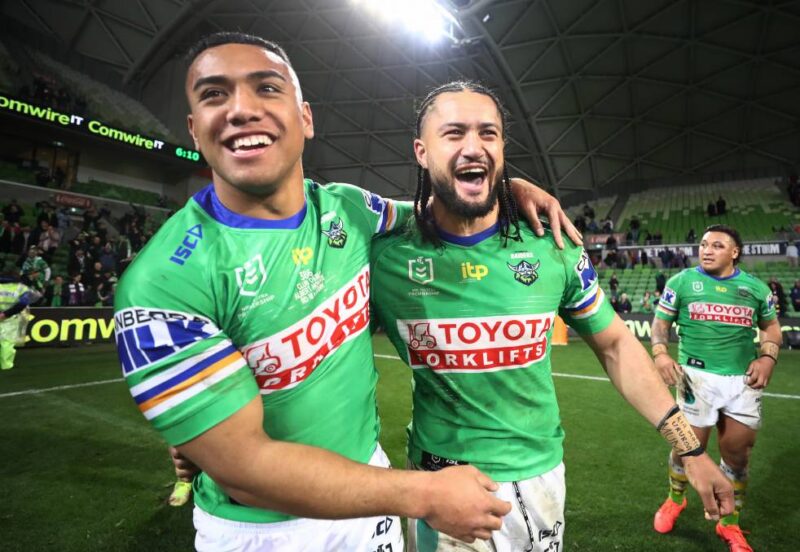 The sidelining of two Canberra Raiders wingers has opened the door for rookie Albert Hopoate to earn his starting stripes for the side on Saturday.

Seasoned-winger Rapana has been handed a two-match suspension for his careless high tackle on the Storm’s Marion Seve on Sunday.