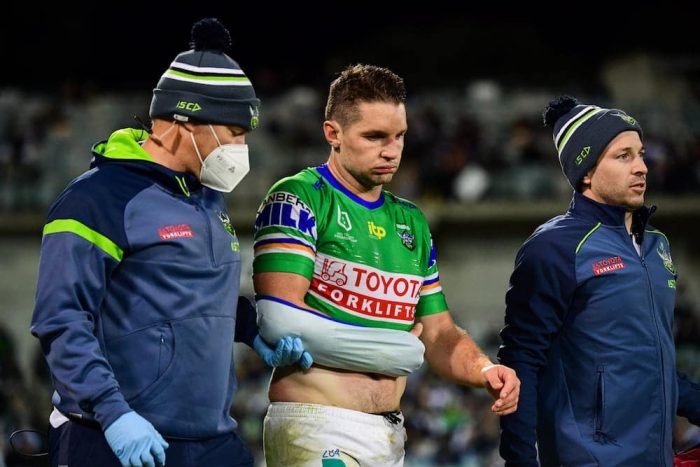 The 31-year-old initially hurt the shoulder diving to prevent a try against Canterbury in round nine, before dislocating it again at home weeks later while reaching for his TV remote.

“Croker injured his shoulder against the Bulldogs in round nine and was hopeful of returning last weekend, but a reoccurrence of the injury will see him undergo surgery in the coming weeks,” a statement from the club read.