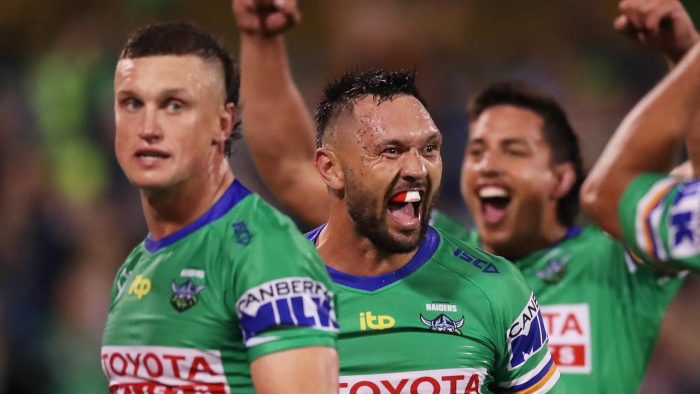 The Canberra Raiders have pulled off a miraculous comeback against the Gold Coast Titans on Saturday, scoring five consecutive tries to clinch a two-point victory at GIO Stadium.

Gold Coast raced to an early lead in Canberra, scoring four unanswered tries to go ahead 22-0 in the Round 3 contest.

The Raiders completed at just 57 per cent in the opening 40 minutes, with ill-discipline frustrating the hosts in an error-riddled first half.