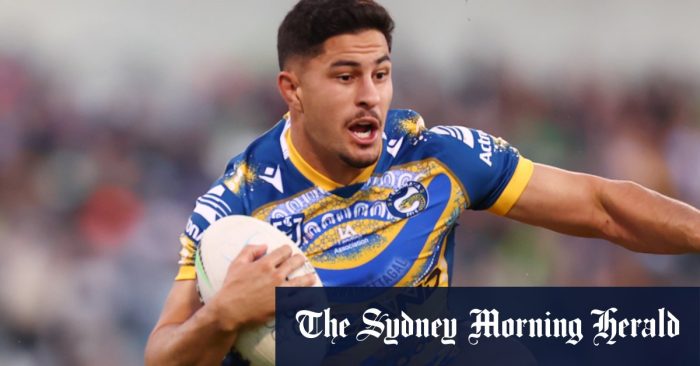 Parramatta coach Brad Arthur only needed two words to sum up the match-winning performance of a playmaker with the world at his feet: “That’s Dyl”.

Dylan Brown scored two tries and played a starring role in the Eels’ eight-point victory over the Canberra at GIO Stadium on Sunday.

The Eels snapped Canberra’s three-game winning run in a 28-20 triumph that helped earn Ryan Matterson a State of Origin debut.

Matterson stepped onto the park 80 minutes away from a Blues jersey. By the time…