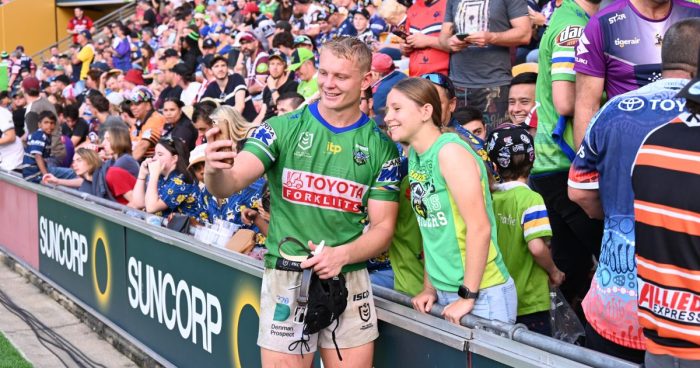 With the Raiders reduced to 11 players at times against the fifth-placed Sharks last weekend, there was an expectation the Green Machine would be overrun before the final whistle.

Two-thirds of the Raiders spine were rookies: half Brad Schnieder is still finding his way and starting hooker Zac Woolford was making his debut.

With the sin binnings of Elliott Whitehead and Corey Horsburgh overlapping for a period of time, there was a sense of inevitability about a Raider’s loss, despite a commanding lead.