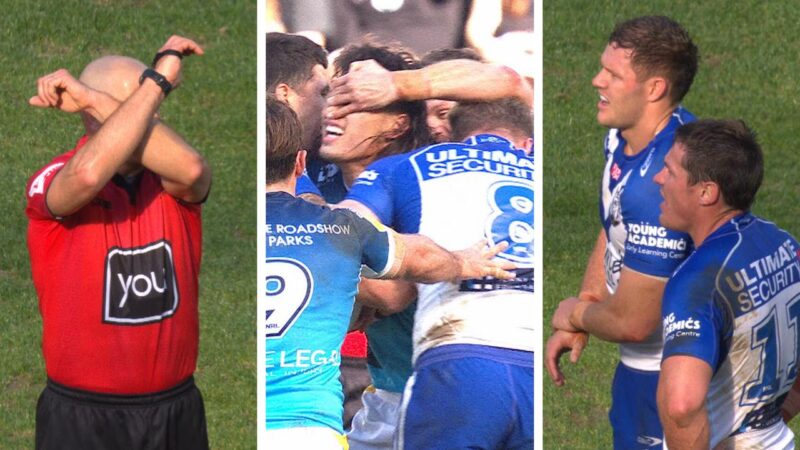 Bulldogs forward Corey Waddell has been referred straight to the judiciary for an alleged eye-gouge on Tino Fa’asuamaleaui after Canterbury had a running battle with the Titans skipper.

After initially accusing the 25-year-old of “scraping across the eyes” Fa’asuamaleaui backtracked after the game, saying it was “accidental.”

Reports emerged ahead of the game, the Bulldogs were looking for a get-square with Fa’asuamaleaui over his head lock on Bulldogs and Blues star Matt Burton during Origin III and there were fireworks at Commbank Stadium.

The incident occurred in the 23rd minute as the Bulldogs star flung him to the ground while grabbing at Fa’asuamaleaui’s face.