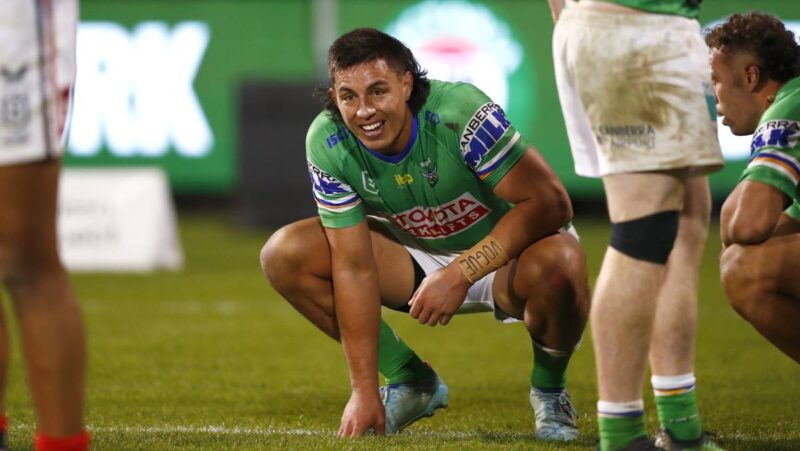 Canberra Raiders prop Joe Tapine hopes Jarome Luai didn’t know Selwyn Cobbo was unconscious when he was standing over him and taunting in the State of Origin decider – because that would’ve been “pretty harsh”.

Tapine said he would’ve reacted exactly the same way his Raiders teammate Josh Papalii did – the Queensland enforcer was one of the first to confront Luai for his abuse of a prone Cobbo.

The Queensland winger was stretchered from the field and played no further part in the game.