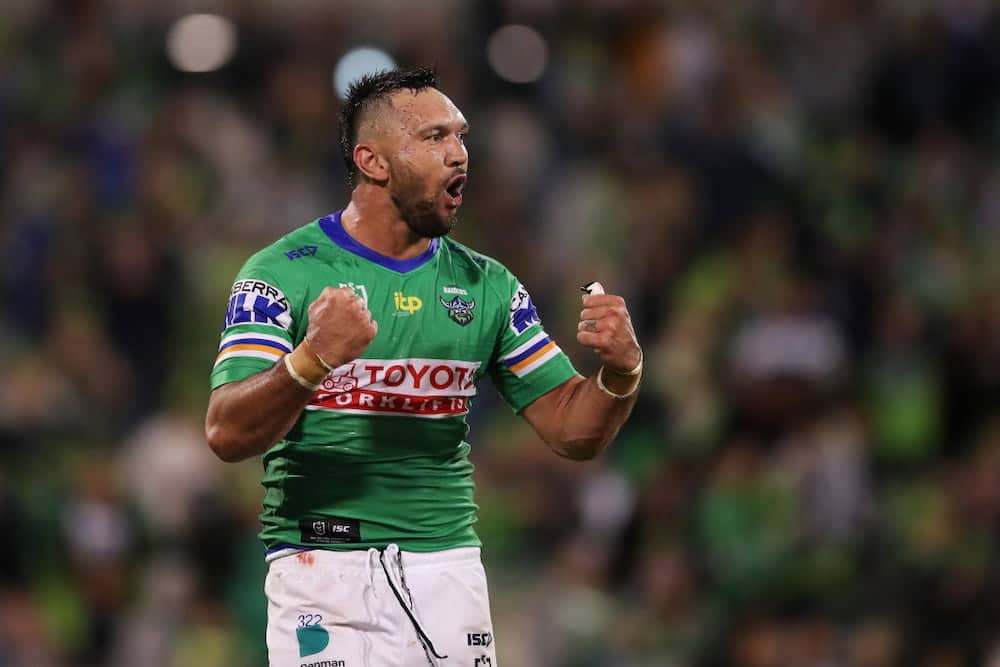 Canberra winger Jordan Rapana has been named to return from suspension to take on the Knights at GIO Stadium on Sunday afternoon.

Rapana missed the last match after copping a one-week ban for a stray boot on the Roosters Egan Butcher and replaces James Schiller who drops to the reserves.

It is the only change from the Raiders’ 24-18 loss to the Broncos in which they failed to score a point in the second half for the sixth time this season.