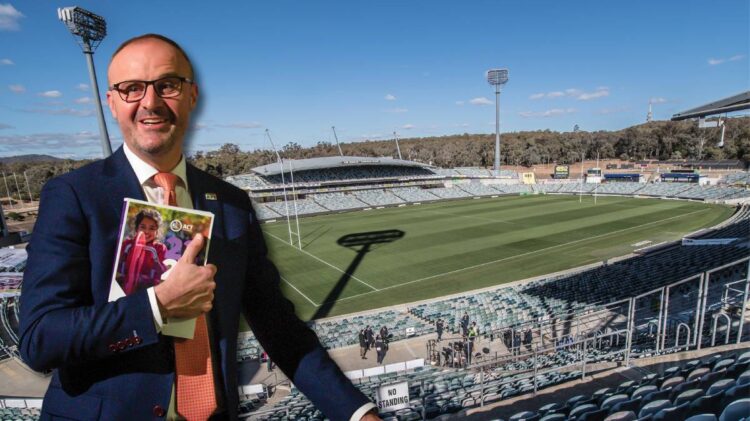 Anyone who read the Chief Minister’s post-ACT budget comments on Wednesday would have sworn the idea of a new rectangular stadium in Canberra was something he’d always detested.

That’s why fans and professional teams are so confused. Thirteen years after Barr first floated the need for a new stadium, he’s now comparing his stadium brainwave to a space port or second airport in Canberra.