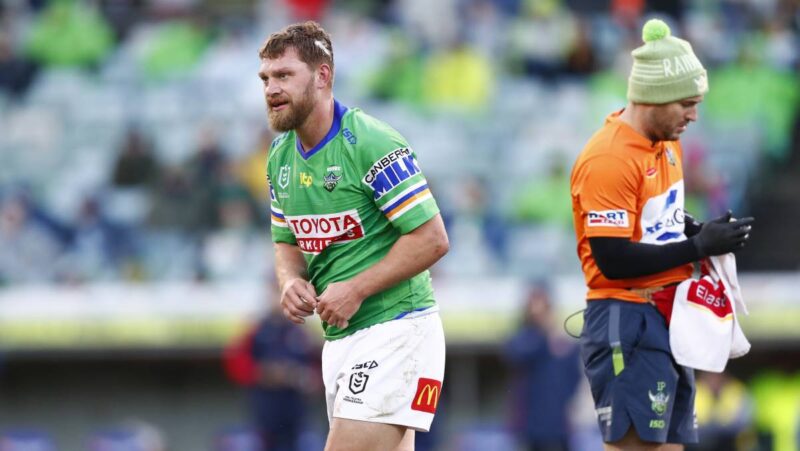 Alarm bells were sounding for the Canberra Raiders on Tuesday when Elliott Whitehead did not suit up for training, as they look to avoid back-to-back losses.

But they were silenced when the 32-year-old was named in Ricky Stuart’s squad for round 18.

The skipper was experiencing some knee swelling but his teammate, Hudson Young, believed it was a precautionary measure to not train.