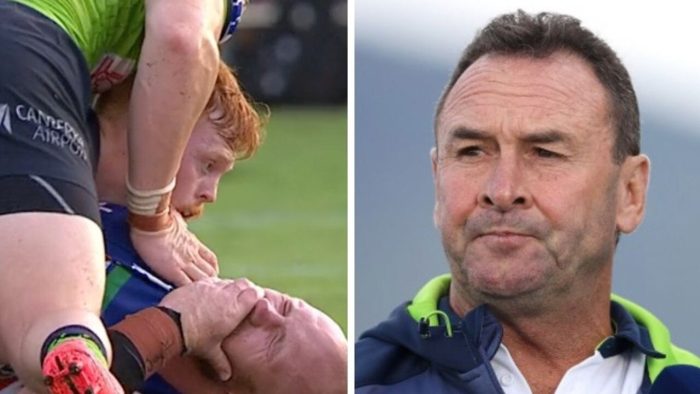 Canberra Raiders coach Ricky Stuart has launched a scathing attack on the bunker, which he believes is “damaging the fabric” of rugby league.

Stuart’s comments came after the bunker advised the on-field referee to penalise Raiders forward Corey Horsburgh for a high tackle late in Saturday’s clash with the New Zealand Warriors.

The penalty allowed the Warriors to draw level by kicking for goal.