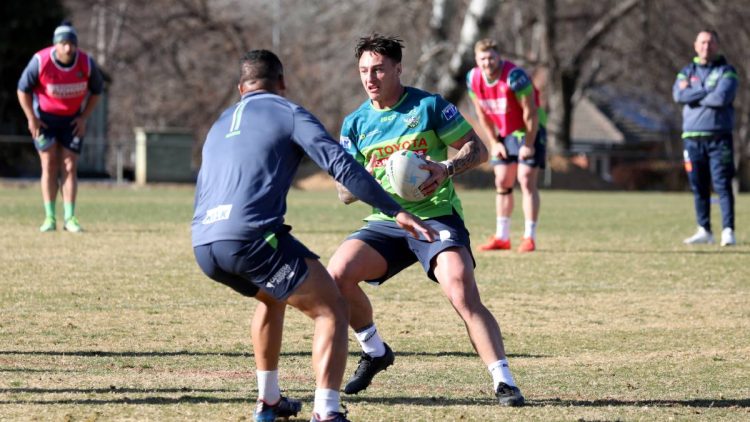 Canberra Raiders coach Ricky Stuart revealed he doesn’t have a set plan for the returning star fullback, but will let the game decide.

Nicoll-Klokstad’s been named on the bench against St George Illawarra at Wollongong on Sunday, returning from a hamstring injury for his first game in six weeks.