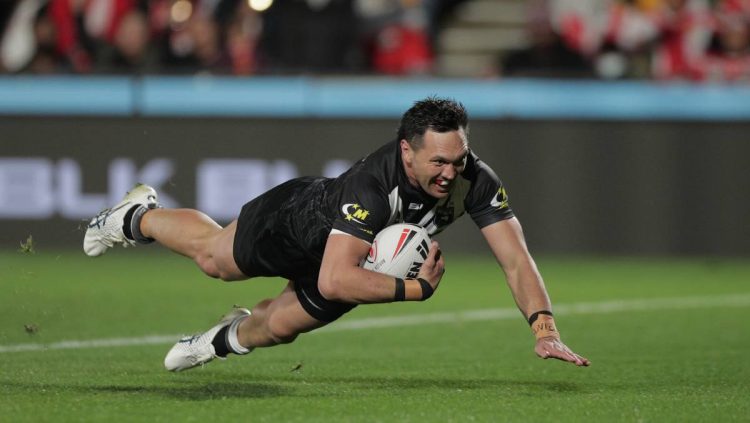 Fresh from a starring role for New Zealand, Jordan Rapana now has his sights set on the World Cup at the end of the year.

The Canberra Raiders winger shone in the Kiwis’ 26-6 victory over Tonga in Auckland on Saturday, scoring a try, kicking four from four from the tee, running for 204 metres, and making two offloads and a tackle bust.

He’s now gunning to add to his 12 Tests by adding a trip to the World Cup in England at the end of the year to his resume.