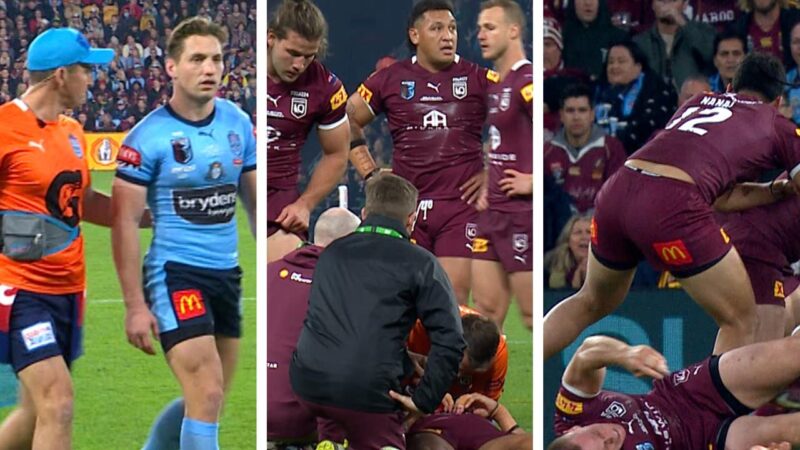 The State of Origin decider opened in brutal fashion, with three players suffering head knocks in the first three-and-a-half minutes of the game.

In what Channel Nine commentator Mat Thompson described as a “extraordinary start” to Game 3 in Brisbane, Cameron Murray, Selwyn Cobbo and Lindsay Collins were all forced from the field.

Murray came reeling out of an attempted tackle just one minute into the match while Queensland lost Cobbo and Collins in the space of 90 seconds.